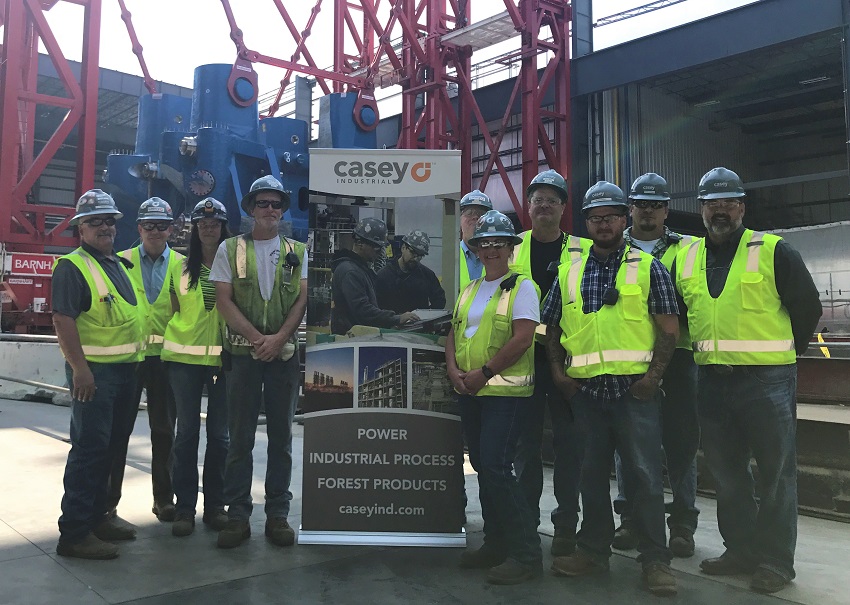 Casey Industrial is proud to announce their participation in the largest lift in the company's history. SMS Meer is providing the world's largest forging press to Weber Metals, an aerospace component manufacturer based in Paramount, California. Casey is performing the press assembly, piping, and electrical work and executed the foundation beam lift which weighs almost 4.5 million pounds and is the largest module. The press will weigh over 9,000 tons - more than the weight of the Eiffel Tower - when fully assembled and is estimated to be complete in the first quarter of 2018.